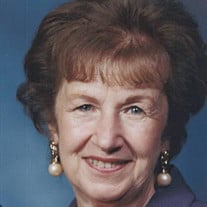 A Ray of Sunshine Millie Chillemi passed away peacefully in her sleep on Saturday, February 27, 2021. She had been hospitalized several times the past year and was most recently receiving in-patient physical therapy. Millie leaves behind... View Obituary & Service Information

The family of Carmella "Millie" Chillemi created this Life Tributes page to make it easy to share your memories.

A Ray of Sunshine

Millie Chillemi passed away peacefully in...