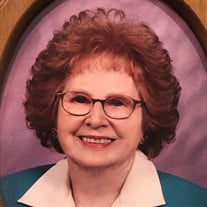 Dorothy Wronko (nee Runnion),94, longtime Fairfield, N.J., resident, passed away on Thursday, April 11, 2019 with her family by her side. She was the beloved wife of the late Carl J. Wronko for 74 years. Loving mother of Carl F. Wronko and his wife Christine, Kevin Wronko and his wife Janice, James Wronko, Cynthia Wronko and her husband, Howard Krant, and her late children Terence Wronko and Darcy Wronko. Dear mother-in-law of Jim Borgeson and Clare Wronko. Cherished grandmother of Matthew, Amy, Meghan, Becki, Tara, Elizabeth, Joanna, Stephanie, Lindsay, Carly, Mark, Erik, Jenna, Kurt, and the late Sean. Adored great-grandmother of 10 great-granchildren. Dorothy was a devoted wife, mother, grandmother and great-grandmother. Her family was the most cherished and important part of her life. Many people considered her a second mother, her home was always open to everyone. She was full of energy and loved hosting and attending holidays and events for all her family and many friends. Dorothy had a very positive outlook on life and enjoyed every moment. Everyone has memories of times with her dissolving into fits of laughter. She loved the yearly vacations with her entire extended family to Wildwood Crest, N.J. Dorothy was raised in Cleveland, OH. She moved to Phoenix, AZ at the age of 20 and immediately met and fell in love with her husband Carl. After moving back to NJ, she worked along side him in his CPA practice in the Fairfield area, while raising their six children. Dorothy was an active parishioner at St. Thomas More Church, where she was the bookkeeper for many years. She was a member and past president of the Women’s Club of Fairfield. Funeral Tuesday 9AM from the Ippolito-Stellato Funeral Home, 7 Two Bridges Road, Fairfield. Funeral Mass 10AM St. Thomas More R.C. Church. Interment Hillside Cemetery, Fairfield. Friends will be received Monday 2-4 & 7-9PM. Donations may be made to the NBIA Disorders Association, 2082 Monaco Court, El Cajon,CA. 92019 OR the American Cancer Society PO Box 22478, Oklahoma City, OK 73123.

Dorothy Wronko (nee Runnion),94, longtime Fairfield, N.J., resident, passed away on Thursday, April 11, 2019 with her family by her side. She was the beloved wife of the late Carl J. Wronko for 74 years. Loving mother of Carl F. Wronko and... View Obituary & Service Information

The family of Dorothy Wronko created this Life Tributes page to make it easy to share your memories.