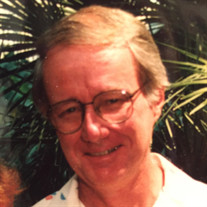 John Allen Daudt (Jack) of Cedar Grove, NJ, passed away peacefully in his sleep at home on December 22, 2019. He was born on October 10, 1945 to Priscilla and John Daudt in Newark, NJ and later moved to Roseland when Priscilla married Theodore “Ted” Sipple, after her husband’s passing. Jack married the love of his life, Mary Ann Daudt, in 1974 and bought their house in Cedar Grove, where they lived together for 45 years. Jack received his BA in political science from Valparaiso University in Indiana, where he was a member of Sigma Tau Gamma, and he received his MA in history from Rutgers. He was a headhunter in compensation and benefits sectors for much or his life, and spoke often of his time as a parole officer. He was a member of the Peace Corps and worked in El Salvador, where he learned Spanish and became enmeshed in volunteer work. Upon his return, he volunteered extensively with VISTA (Volunteers in Service to America). He continued volunteering with The Arc and served on local, state and national board over the years. He was a tireless advocate for his son, Ryan Daudt, and many others with developmental disabilities. Jack was also an avid musician, serving in church choral groups at St Agnes in Little Falls, Sacred Heart Cathedral in Newark, Our Lady of Sorrows in South Orange and Immaculate Conception in Montclair over the years. He enjoyed listening to choral recordings at top volume and singing along. His daughter Alyssa (Daudt) Casazza credits him with her life’s work as a music therapist because he instilled in her a love for music at a young age. He spent his later years watching his three beloved grandchildren, Charlotte (13), Andrew (10), and Cathryn “Catey” Casazza, (8), in his home when they were babies and toddlers. He never made any mistakes, no matter what their parents said. But, nothing made him happier than watching them play, especially at his favorite vacation spot in Chincoteague Island, VA. Jack was known for his lively conversation at the dinner table, usually revolving around politics and religion. He had a quick wit and unique sense of humor, and always made parties interesting to say the least. He is survived by his wife Mary Ann (Kubik) Daudt, his son Ryan Daudt, his daughter Alyssa Daudt Casazza and her husband Ryan Casazza, three loving grandchildren, and his stepsister Sally Schoeneick. Friends will be received Friday, December 27th from 2-4PM & 6-8PM at Ippolito Stellato Funeral Home, 7 Two Bridges Rd. Fairfield, NJ. Funeral Saturday 830AM from the funeral. Mass 10AM Our Lady of Sorrows Church, South Orange. Cremation Private. In lieu of flowers, Jack would appreciate donations made to The Arc of Essex County, 123 Naylon Ave, Livingston, NJ 07039.

John Allen Daudt (Jack) of Cedar Grove, NJ, passed away peacefully in his sleep at home on December 22, 2019. He was born on October 10, 1945 to Priscilla and John Daudt in Newark, NJ and later moved to Roseland when Priscilla married Theodore... View Obituary & Service Information

The family of John A Daudt created this Life Tributes page to make it easy to share your memories.